Sandy Hook & the Boston Bombing: You're Being Hoodwinked 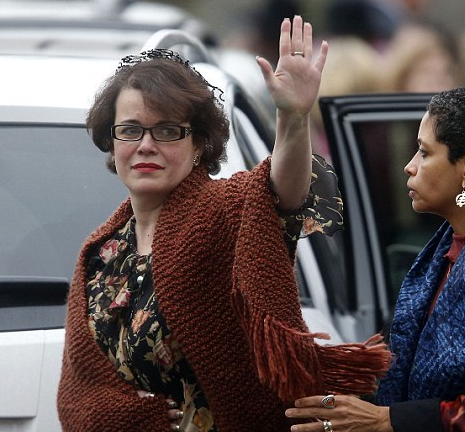 The burning question on some minds is, does the government run psy-ops against its own people? False-flag attacks and the like. The answer is yes, as both the evidence going back decades and the government's irrefutable admissions proves. Just because talking heads on TV tell you it's crazy to believe such things doesn't make it any less true. Why do you think they're on the TV telling you this in the first place? Their job is and always has been to sell you the government and the construct of our society, among other things.

So, with that in mind I give you, "Sandy Hook & the Boston Bombing: You're Being Hoodwinked."
Posted by Liss at 2:32 PM No comments:

Could Nancy Lanza be alive?
These videos have been censored and removed from sites like Daily Motion.
Why is that?
What do YOU think?

For more information:  Video And Investigation by The PaulStal Service https://www.youtube.com/watch?v=Fk151…
Posted by Liss at 5:07 PM No comments: 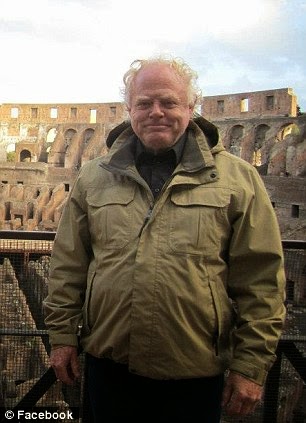 
A political candidate in Colorado is under intense criticism and has even received death threats after suggesting the Newtown school shooting that killed 26 people was a hoax.

On his Facebook, Republican Tom Ready posted an article claiming that the December 2012 shootings at Sandy Hook Elementary School could have been faked to drum up support for tougher gun control laws.

He was forced to defend his choice to share the article in a debate this week against Pueblo County Commissioner Sal Pace, whom he is hoping to unseat.

'I don’t think [the shootings have] been proven,' Ready said, according to the Pueblo Chieftain.  'And what’s wrong with open discussion?'

'There's still a question about whether it really happened, Sal,' Ready says in the televised debate, drawing boos from the audience.

'Some of the people, if you recall, there was a picture of a man walking in whose daughter had died, he was smiling and joking,' he continues. 'When he walked into the room, he turned and all of a sudden had tears in his eyes. 'Why? I question that.'

Ready on Saturday apologized for his remarks, telling the Denver Post that he simply 'pushed a button' to link to the article to encourage discussion. Yet he insisted to the Post that the country still doesn't know everything about Newtown — and also hinted that he's not a believer in the official version of the Kennedy assassination.

'We haven't got all the questions answered,' he told the newspaper. 'Where's freedom of speech? I didn't know we were a communist community.' Ready told the Post he's received death threats since he made the remarks. The 2012 tragedy at Sandy Hook Elementary School ended with 20 children and six adults dead after a deranged Adam Lanza, 20, opened fire throughout the hallways.

The shootings sparked a national debate about tougher gun laws.

Ready is not alone in his belief.

'Sandy Hook truthers believe that gun-control activists staged the shooting of 26 people in Newtown, Connecticut in December of 2012 in order to pave the way for tighter restrictions on firearms,' explains David Ferguson in RawStory.

'The 20 dead children and six dead adults and the disturbed man who took their lives are liberal phantasms, truthers believe, that are being used to ramp up hysteria which will lead to widespread government confiscation of weapons.' 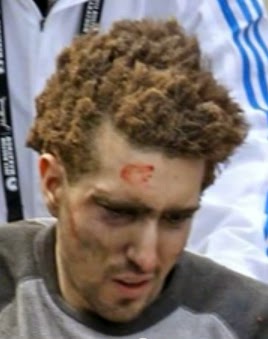 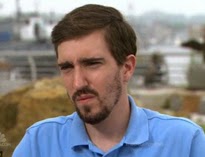 DIDN'T YOU KNOW THAT LOUD NOISES MAKE YOUR HAIR CURL?

After the September 11 terrorist attacks, insurance companies paid out billions in damages — more than ever before. So in 2002, Congress agreed to help in the future by creating federally insured — and relatively cheap — terrorism coverage for businesses.

After the marathon bombings, police and other investigators swarmed downtown and barricaded off whole blocks to examine what’s been called the most complex crime scene in history.

“Nobody knew if there was going to be more bombs or anything,” said Perry Geyer, whose company, Cybersound Studios, is around the corner from the bombing sites on Newbury street. He says as the manhunt for suspects continued, artists from across the country canceled recording sessions and Geyer lost thousands of dollars.

"In the back of my mind, the whole time when this happened, I was like, 'Wow, thank God I have the terrorism insurance — I’m sure this is going to cover it, if this isn’t a terrorist act, then what is?'"

There’s an answer to that question from the U.S. Secretary of the Treasury.

In an email yesterday, a spokesperson for the office said they have reviewed the events in Boston, and the treasury secretary did not find that there had been an "act of terrorism" under the Terrorism Risk Insurance Act. That’s the act that Congress passed in 2002 to create this type of federally-backed insurance. Under the law, insurance companies only have to pay claims when property damage tops $5 million and the U.S. Attorney General and the secretaries of state and treasury certify it a terrorist attack. Since that didn’t happen in the case of the marathon bombings, claims like Geyer’s, for $9,000, were denied. He’s since canceled his terrorism coverage.

"Why should I pay if I’m not going to receive anything?" he asked.

It’s confusing for Geyer and other business owners like him, especially since President Obama has called the marathon bombings an act of terror, and the Justice Department’s indictment of suspect Dzhokhar Tsarnaev charges him with federal crimes of terrorism.

The issue, says Robert Hartwig, president of the Insurance Information Institute in New York, is size and scope. He says terrorism insurance is meant to cover acts on the scale of the September 11 attacks.

“What terrorism insurance does, is it provides protection against those more severe losses — the type of losses that can put you out of business," Hartwig said. "Generally it’s not for the lower level claims that might arise, the less-costly type of claims.”

"Regardless of whether or not this was ruled an official act of terrorism, insurance companies should be willing to do anything and everything in their power to assist these businesses,” Walsh said in a statement.

One business is fighting back. Edward Borash says his Sir Speedy print shop on Bolyston still hasn’t fully recovered since it was shut for 14 days after the bombings.

"It was such a terrible, heinous act and I was never going to let a terrorist tell me what to do, or whatever, so I fought so hard to stay in business and be strong here,” Borash said.

He’s suing the agent that sold him terrorism coverage, and his insurance company, Magna Carta, for more than $1 million. Borash’s attorney, James Rudolph, says they misled his client.

"My client completely denies that it acted improperly, and certainly denies that any misrepresentation was made," said said Kurt Fliegauf, attorney for the agent, Allan Insurance Agency in Salem. "We’re confident that we will prevail on the merits in court.”

As the case progresses, lawmakers in Washington are deciding whether this type of insurance will even continue to exist. If they don’t extend the Terrorism Risk Insurance Act, it expires at the end of the year, ending affordable federally backed terrorism coverage.

That would be unfortunate, says Robin Helfand of Robin’s Candy Shop on Newbury Street. She thinks businesses need this kind of protection. She still has her terrorism policy, even though after the marathon bombing, her claim for thousands of dollars lost in unsold truffles was denied.

"But you can imagine my concern," she said. "How do I insure this time that I have coverage because — God forbid a million times over — there’s another incident, I lose everything, and it’s not declared terrorism?”

If it happened again, Helfand says, her business might not survive.
Posted by Liss at 3:06 PM No comments:

Email ThisBlogThis!Share to TwitterShare to FacebookShare to Pinterest
Labels: Boston Marathon hoax, insurance companies will not pay out for Boston bombing hoax. 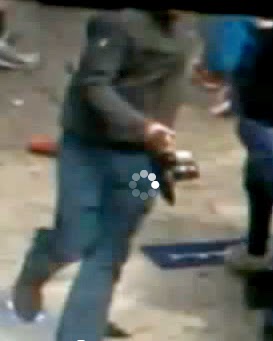 Boston Bombing false flag clean up crew video. This isn't the only video of this kind of behavior. There are video's of "victims" with no injury's while smoke is clearing and beyond...who are shown by MSM with shredded legs, gashes bleeding profusely, and strange behavior by victims to contractors, and people on the street. More than enough to take a closer look at this event ..on a legal level; which won't happen. I believe this is just a GLADIO 2.0 OPERATION ...why not, they had no problem blowing up mass transit, market places, shooting up crowds to home invasion family murders ..NATO GLADIO throughout Europe for years. what? can't happen here for globalist end-games. LOL 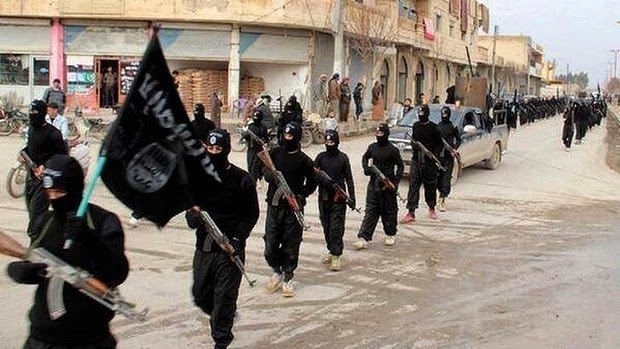 Steven D. Kelley, Former CIA/NSA Contractor talks about the fabrication of ISIL terror organization by our own government and banking interests.
Posted by Liss at 1:36 PM No comments: