The creator, director and producer of the controversial movie about the encroaching police state and FEMA camps in America, David Crowley, has been found dead with his wife and young daughter over the weekend. The police are calling it a murder-suicide incident yet not ruling out anything suspicious.

The movie was currently in production and Crowley had recently received a contract of $30 million to complete the project of his dreams. While depression can have its harshest affects on people, his friends and co-workers have stated that the police story is highly unlikely.

His movie, Gray State, had a sort of cult following with nearly a million views of its trailer on YouTube.


The fiction movie is about the resistance to the police state and rise of enslavement here in America. It is set in the not-so-distant future with all the aspects one has come to expect about the end of our civilization and collapse of normal society: RFID chips, suspended travel, empty store shelves, FEMA camps, complete control through martial law.

There are many apocalyptic movies which don’t address these exact topics and many fans fear David Crowley may have been far too close to the truth.

We offer prayers for the families and all involved in this horrific tragedy, no matter whose hand caused it.

Watch David Crowley at PaulFest give a speech about his movie project and the current state of our devolved culture:

“The SECOND REVOLUTION in America may not be remembered.”- Gray State.
R.I.P. Crowley family
Posted by Liss at 6:44 PM No comments: 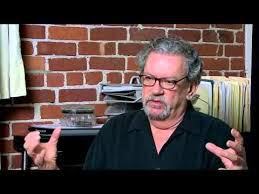 For over one week now—since December 30—William Shanley has been incommunicado, failing to respond to emails or telephone calls. Shanley is the author, onetime filmmaker and Connecticut resident who filed a $1 trillion pro se federal lawsuit against big media for fraudulent and sensationalized coverage of the December 14, 2012 shooting event at Sandy Hook Elementary School in Newtown Connecticut.

Shanley filed the suit on December 22, 2014, naming several dozen defendants. The press release announcing the action was posted on MHB December 26, 2014. A few days later, on December 28, plaintiff Shanley participated in a recorded interview with Drs. Jim Fetzer and Jim Tracy. In the interview Shanley was well-composed, explaining how he was under psychiatric care and that his roommate was killed under unusual circumstances in August 2014.

Less than one week after filing the $1 trillion lawsuit Shanley announced a global “no money system” via YouTube that he will purportedly aid in presiding over. The video is an especially bizarre mixture of ideas, imagery, and verbiage. On December 29 Shanley appeared alongside Fetzer on “The Pete Santilli Show.”

The appearance on Santilli’s program prompted YouTube researcher Professor Doom1, who has considerable familiarity with the legal process, to contact Shanley and ask for a copy of the lawsuit. Doom telephoned Shanley, asking to interview the filmmaker and send along a copy of the paperwork. When no documents were electronically received Doom telephoned Shanley again, at which time it was revealed that Shanley had incorrectly transcribed Doom’s email address. “I still never got them after I corrected the email,” Doom tells MHB.

Later that day Prof. Doom interviewed school safety expert and fellow Sandy Hook researcher Wolfgang Halbig on his views concerning Shanley’s lawsuit. Halbig condemned the action. Doom then contacted Shanley via Skype and recorded the exchange. The discussion quickly turned uncivil, with Shanley yelling several prurient remarks while attacking Halbig for his unwillingness to be involved in the suit.

“It seems like Shanley has a split personality,” Doom notes. “He was absolutely clear and coherent at the beginning. Then as his anger level rose and he proceeded to name calling.” The YouTuber has since removed the video from his channel, although it is available elsewhere.

Such behavior does not lend itself to success in a legal process. “How’s it going to be in a courtroom when he’s being picked and probed by very skilled lawyers?” Doom asks.

Additional information solicited from one of Doom’s Connecticut followers suggests that Shanley lives in a New London neighborhood close to casinos and where illicit drugs may be prevalent. At the same time, over the past few years many individuals involved in the Sandy Hook massacre have turned up missing or dead.

Whatever the cause of Shanley’s absence, his flights of fancy, suggested in the pro se lawsuit and curious temper tantrums are likely unhelpful for coming to terms with and addressing what took place on December 14, 2012.

Defendants entered in a multi-year conspiracy, meeting in groups separately and together, to commit fraud and terrorism, i.e., to brainwash the public into thinking a lone gunman drill known as the “Sandy Hook Massacre” was real, when in fact it was a staged FEMA National Level Exercise Event that redirected government resources to terrorize the public. These crimes were undertaken with the intent of subverting the US Constitution and to affect national, state and local laws.  This fraud involved lying to the public, faking news, publishing one-sided news reports, censoring reality, suppressing facts, and deliberately skewing the news to shift public perceptions.
The true costs of this breach of integrity and trust to society are unfathomable. Instead of fulfilling their Constitutional Role as the People’s Surrogates and being honest brokers of information, the Plaintiff will show how the men and women who dominate the TV news industry in the United States broke laws, besmirched the First Amendment, their Constitutional role as government watchdogs, and forfeited the right to report the news, and thereby profit from news production and distribution. The sine qua non of journalism is the search for truth. Our Fourth Estate chose a different path. Punitive damages of one year’s annual revenue from each Defendant are being sought to establish a News Trust, that will free journalism and restore trust and integrity to our communications sources. A democracy cannot survive this tyranny over human consciousness.