After a student protested a pilot RFID tracking system in San Antonio, lawyers are now moving to stop expulsion.

John Jay High School sophomore Andrea Hernandez was expelled from her high school after protesting against a new pilot program which tracks the precise location of all attending 4,200 students at Anson Jones Middle School and John Jay High School, according to Infowars.

Under the "Smart ID" program, ID badges have been issued with a tracking chip, which students must wear when attending school. The school badges, worn like a necklace, contain a Radio Frequency Identification (RFID) chip and links to their social security number. This allows the school to track the student's location after leaving campus and for as long as the badge is on the student's person.

The scheme is now in full swing and all students must wear it, according to a letter sent by the school district to the student's parents and made public. The notice says:

"This "smart" ID card will transmit location information of students to electronic readers which are installed throughout the campus. This is so that we always know where the students are in the building.

After all, parents, you expect school staff to always know where your children are during the school day." However, Hernandez continually refused to wear the ID badge -- which led to the school's administration offering a deal. She would be allowed to comply by wearing a badge that had the chip removed.

If the student accepted these terms, then her location would be untraceable, although the badge's barcode would still remain as an identifier. However, this would also still seem like she was complying with the project simply by wearing the badge, and so Hernandez refused. The result? Expulsion.

Civil liberties lawyers at the Rutherford Institute have told Infowars that in retaliation to the expulsion order, they are going to file a temporary restraining order petition to prevent the school from forcing Hernandez to attend another school.

"What we're teaching kids is that they live in a total surveillance state and if they do not comply, they will be punished," John Whitehead, Rutherford founder said. "There has to be a point at which schools have to show valid reasons why they're doing this."

Schools are often within their rights to expel students who refuse to conform to dress codes, which makes the student's reasons for not adhering to a non-chipped badge less effective. However, the student -- backed by her parents -- refused to wear the RFID-chipped accessory to due to a "violation of religious beliefs" and privacy infringement, which is something other parents and students are beginning to take a stand for.

Some students are objecting to the chips, and at another pilot school using the technology -- Anson Jones -- some parents "are taking out their kids, because they said, 'we don’t want to be part of this,'. That’s what they’ve reduced our children to -- inventory." Mr. Hernandez told the AFP.

In addition, activists from We Are Change/San Antonio and We Are Change/Texas Hill Country have helped the student's parents gain over 700 signatures to show there is opposition to the tracking technology.

In another new development, according to the AFP, two new bills filed in Austin, H.B. 101 and H.B. 102, would control the use of RFID in education statewide. The first would ban the use of RFID technology in school districts across Texas, and the second would allow it, as long as there is an opt-out program without detrimental consequences for the student.
Posted by Liss at 2:36 PM No comments: 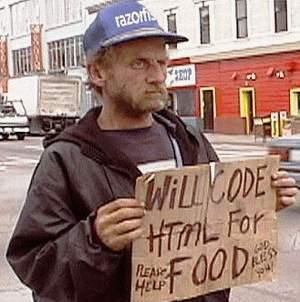 NEVADA CITY (CBS13) – A police chief says he’s found a one-of-a-kind way to manage a growing problem in his city, and it’s putting the homeless on the hot seat.

A new law would give Nevada City the power to hand out permits to a small group of homeless, which would give them permission to sleep in public. While the new ordinance would give some homeless a place to stay, it would tell others, mostly the troublemakers and the criminals, to stay away.

“I come down here every fall,” said Bob Barton, who chooses to be homeless in Nevada City.

For Barton, the new ordinance that would essentially identify law-abiding homeless and reward them is music to his ears.

“The goal is to start managing the homeless population within our city,” said Chief James Wickham.

That is unless you have a permit.

The chief says his program is one of a kind, making only a select few of the city’s homeless population an exception to the law, like William Peach.

“There’s some of us out there like me who try to blend in with the community,” said Peach.

However, others who come to Nevada City to commit crimes or with a criminal history won’t be so lucky.

“Those are the ones we really don’t want in our city and that we’re trying to keep from camping in our city,” said Wickham.

Mann, who owns a business in downtown, says it’s about time. And so do the homeless who stay out of trouble and want trouble to stay away.

“If they’re homeless and heartless, hey, we got a place for them,” said James, who is homeless. “It’s called county jail.”

For now, the police chief will give out about six to 10 permits. He’ll check back in six months to see if the program is working. If it is, that’s when he says he’ll give out more.

Wickham says he’s identified at least 60 homeless in his community, and 500 homeless countywide.
Posted by Liss at 4:17 PM No comments: 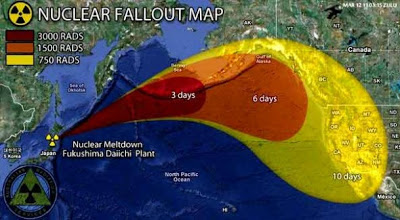 Radioactive isotopes are constantly spewed from the destroyed Fukushima Daiichi nuclear plant and are easily picked up by the jet stream and transported across the North Pacific in storm systems. When these weather fronts hit the mainland, the rains wash the radioactive particles out of the air and spreads them over everything that receives precipitation. The US West Coast and especially British Columbia, specifically the Vancouver area, get hit the hardest. As the jet stream migrates up and down the coast during the rainy season, the highest levels of radioactivity will accumulate, logically, in the areas of higher rainfall. The more the rain, the higher the radiation concentration in the soil. The radiation, of course, is not all washed out at once and continues to be transported and dumped on the US and Canada from West to East with measurable amounts of contamination ultimately having been recorded in multiple locations of Europe. Note - Some winter storm systems come upward from the tropics and the Hawaii area (known as the 'pineapple express' storms) are much less contaminated.

Everything from trees to shrubs and all agricultural crops uptake the Fukushima radiation from the now contaminated soil and eventually spread through the entire food chain. Nothing is spared. The hay and grasses growing in contaminated soil are consumed by beef and dairy cattle and that is how radiative isotopes wind up in the animals and their milk products. That's why Cesium 137 was found in the milk of Vermont dairy cattle in the months after the 3-11 disaster...and that is why you'll hear nothing from the EPA about radiation in our crops, meat and dairy products. Only covered greenhouses were and are spared being hit with radioactive rains.
Posted by Liss at 3:35 PM No comments: