From Michael Cravey to Benghazi on the Conspiracy Circuit 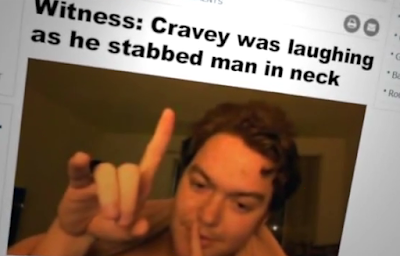 If you’re not already familiar with the Michael Cravey conspiracy, you’re in for a doozy. I suspect those already familiar with the strange tale will find this new information as fascinating as I do. Newcomers can get up to speed by reading the background section below. What I’m presenting doesn’t solve any mysteries, ultimately. These are merely theories and information for continued research and speculation..

Background: Who Michael Cravey Was
...
Michael was a normal guy in his mid twenties that appeared to be close to his family and well liked by anyone who cared to express their opinion of him. Most relevant to this article is Michael’s unique interest in conspiracy theories and alternative views about history and other matters. It’s this unique interest that likely drove him to YouTube as a means to learn about the world around him and express his views; a privilege only granted to few by the main-stream media.
...
I guess the cliff-hanger aspect of Michael’s story would be when, on March 3rd, 2014 he woke up early and drove to the University of Gainesville campus. At around 7 am, while speaking to an older couple in a parking area on campus he suddenly produced a knife and began to attack the male stranger. Chasing the fleeing man down and laughing, he subdued him before ending the attack and fleeing. He fled at high speed in his Jeep Patriot in a chase with police that became so dangerous it had to be called off.

He then drove to the local news station and asked the local TV meteorologist if he knew why Michael was there to see him. When the man confirmed he did not, Michael walked away. His brother then calls his mobile phone to find Michael in the drive-thru at McDonalds, totally oblivious to anything unusual taking place. When he hears of the hurricane he is at the center of, he says to his brother, “I’m being set up. I need to figure this out.” And the phone goes dead.

‪IT'S GOING TO TAKE A REVOLUTION TO GET RID OF THE CRIMINAL PSYCHOPATHS; IT WILL TAKE MILLIONS‬ 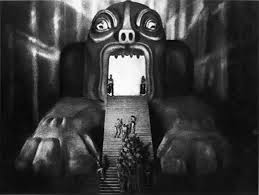 The Sandy Hook School massacre of December 14 [2014] has no doubt been seized upon by the present police state as a raison d’être for heightened gun control measures. Yet a more subtle element of the event is the promotion of a political worldview under the cloak of psychiatry and an increasingly prominent notion of “community building.”[1]

Stepping into the emotional fallout of December’s mass shooting is Dr. John Woodall. The former Harvard psychiatrist was almost immediately making the rounds in Newtown, consoling the grief stricken and advocating a seemingly unique communitarian creed. Woodall’s presence was unsurprising for locals since he resides in Sandy Hook, where his “Unity Project” non-profit is also based. What is more, the event was eerily appropriate for the “teaching children resilience” mission Woodall’s organization was already undertaking in Newtown area schools. Unity Project had already contributed to such exercises following major crises including 9/11 and Hurricane Katrina.

‪‪Redsilverj‬ breaks it down for us once again …yet another hoax! -Ed.


Redsilverj
Posted by Liss at 6:32 PM No comments: 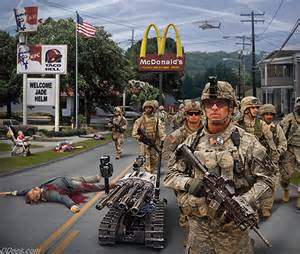 There has been an almost complete media blackout of the Jade Helm military exercises in US corporate news media. Exceptions have involved brief but intense disparagement of alternative media outlets and “right wing” citizen groups concerned over the fact that the US military is embarking on Special Operations reconnaissance on US soil and merging operations with federal and local law enforcement–ominous signs of imminent martial law. Tellingly reportage of Jade Helm’s debut is being presented in non-US media outlets. -James F. Tracy

The controversial military drill spanning seven states known as Jade Helm 15 has officially begun, but with no media allowed to cover the exercises, people have taken to Twitter to speculate on and poke fun at the hysteria surrounding the war games.

Micro-Apartments Are Coming to the Midwest 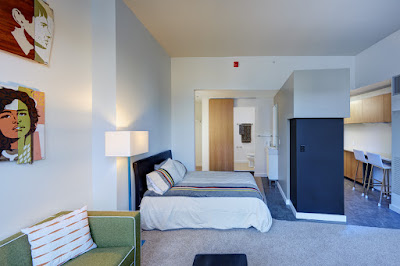 
Des Moines doesn’t have a reputation for being particularly hip … or space-constrained. In this city of a bit more than 200,000 people, you can buy a three-bedroom house for less than $150,000 and find yourself a short drive from acres of rolling farmland. The local culture blog is called Des Moines Is Not Boring—a pretty good indication that it very well might be.

That makes the city a surprising place to find a growing market for micro-apartments—an imprecise term describing units that are smaller than traditional studios. The emergence of micro-apartments, a phenomenon more often associated with big, expensive cities, such as New York or San Francisco, signals an effort to attract young renters who are inclined to make the city their living room, as the pitch goes, and sleep on beds that fold into walls.

Email ThisBlogThis!Share to TwitterShare to FacebookShare to Pinterest
Labels: Agenda 21, Behind the Green Mask, increased population density in cities, microapartments, pushing them into the cities 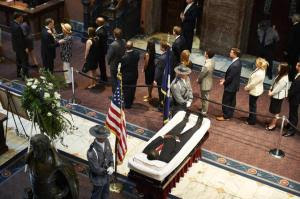 The Reverend Clementa Pinckney reportedly called himself the “itinerant pastor,” ministering to his flock in Charleston, traveling to his home in Jasper County, and carrying out his duties as South Carolina State Senator in Columbia.[1] Even in death he is itinerant, with his body (or body double) going on display in four venues before his burial on June 26, 2015. No photographs or videotaping were allowed, but the rite was recorded by the mainstream media, immortalizing the corpse and making it available for viewing on a repeat basis.

Initially, Pinckney lay in state in the rotunda of the South Carolina State Capitol Building in Columbia on June 24, as members of the public filed by. You can watch a clip courtesy of Fox News – 1 hour 6 minutes 58 seconds on Fox 46, just to make sure you believe it.[2] The body lies carefully arranged on a bier, just far enough away from the viewers so they can’t see too much – except for the soles of his very large shoes.

The next day, June 25, the body of the pastor was transported to Ridgeland, SC, for a second viewing at St. John A.M.E. Church. Later that day it was shuttled to Charleston for a third viewing at Emanuel A.M.E. Church, the scene of the alleged shooting. The hapless corpse was then moved to the TD Arena at the College of Charleston for a fourth viewing on June 26. The TD Arena was the site of the funeral on the same day, followed by the burial at St. James A.M.E. Church in Marion, SC.[3] Hundreds upon hundreds participated in this ritual and saw the body. This proves that Pinckney died in the Charleston “massacre.” Or does it?