Columbia, SC, to exile its homeless 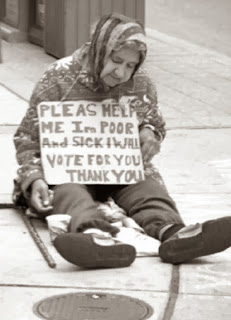 What's the quickest, easiest -- if least effective -- way to deal with your downtown's unsightly problem of homelessness? Making it somebody else's problem.

Because the city government in Columbia, S.C., apparently cribs its planning for homeless outreach from old episodes of "South Park," it has decided to get its big push broom out of the garage and just sweep the homeless out of the city center.

The Columbia City Council unanimously approved the plan, creating special police patrols that would enforce "quality of life" laws involving loitering, public urination and other crimes not necessarily restricted to the homeless population. Those officers would then offer the homeless a choice: Go to jail for their homelessness or be shuffled to a 240-bed, 24-hour shelter on the outskirts of town, which they wouldn't be allowed to easily leave.

That second option isn't jail, mind you, because the homeless are being confined with the help of a local charitable organization. It's charitable incarceration, you see. The homeless can leave, but they need to set up an appointment and be shuttled by a van.

And just in case any of the offending homeless get any ideas about doing something crazy like, oh, walking into town, officials plan to post an officer -- we can only assume it won't be Brian Dennehy -- on the road leading to downtown just to make sure they don't walk back and go all John Rambo on the place.

But, hey, it's cool: That 240-bed shelter should totally hold the 1,518 homeless people currently living in the Columbia area. Besides, the city is partnering with a charity. Surely they'll be able to make this exile of the homeless work, right?

Michael Stoops, director of community organizing at the National Coalition for the Homeless, told ThinkProgress, the plan is the "most comprehensive anti-homeless measure" he had ever seen proposed "in any city in the last 30 years." He added: "Using one massive shelter on the outskirts to house all a city's homeless is something that has never worked anywhere in the country."

But a city marking the 50th Anniversary of the Civil Rights Movement can't get into trouble for segregating a whole portion of the population from the rest of the city just because it doesn't like the way it looks, can it? Well, there is that whole "equal treatment under the law" business that applies whether someone is shaking a change cup outside of a Starbucks or not.

"The underlying design is that they want the homeless not to be visible in downtown Columbia," Susan Dunn, South Carolina ACLU's legal director said. "You can shuttle them somewhere or you can go to jail. That's, in fact, an abuse of power."

Good luck with that, Columbia.
Posted by Liss at 8:20 PM 1 comment: