While one of the world’s richest men, Bill Gates, rates the chance of a “nuclear war” happening in his lifetime as “fairly low”, Gates maintains that there is ‘well over a 50 percent’ chance that a major pandemic, “far worse than Ebola”, will sweep the globe in coming years, Gates told Vox’s Editor-in-chief, Ezra Klein.

Interestingly, according to Klein’s report, Gates says such a “widespread epidemic” could kill as many as 33 million people and “spread faster than Ebola did”, which may be true if such a scenario were to occur. However what slipped out of Gates’ mouth next was shocking to say the least and raises a red flag. 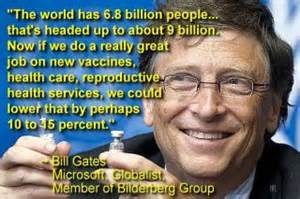 “This is the most likely thing by far to kill over 10 million excess people.”, Gates said, inferring that there is “excess people”.

You see, this very statement made by Gates demonstrates the mindset of a globalist. It shows how we the people are merely ‘useless feeders’ in the eyes of the elite few.

JULY 4 TH 1776 TO MAY 21 2015 she (WE the People) THE UNITED STATES HAS PASSED away: It is official, the United States which has been sick since 1980, HAS PASSED AWAY – SHE IS DEAD. She was born SOMETIME IN THE 1770S, to a loving father GEORGE WASHINGTON, and her loving god father Alexander Hamilton, and Thomas Jefferson, she was nurtured by her WET NURSE Paul revere and Samuel Adams.

The Secret Life of Timothy McVeigh 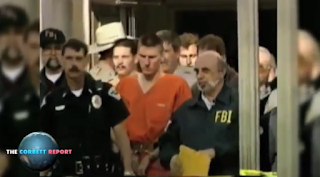 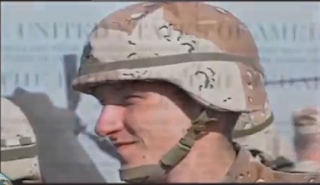 Timothy McVeigh. We’ve been told so much about him, the Oklahoma City bombing, and what it meant for America. But what if it’s all a lie? Join us today for this special Corbett Report podcastumentary as we examine the multiple trucks, multiple bombs, government informants, faked executions and other pieces of information suggesting that McVeigh was not a “lone wolf bomber” at all but a sheepdipped special forces operative working for the government, exactly as he claimed.

On March 22, 2015 an individual identifying himself as Lenny Pozner of HONR Network filed a copyright infringement claim under the Digital Millennium Copyright Act with Memory Hole Blog Internet Service Provider for MHB’s January 2, 2015 reproduction of an image of his alleged son, Noah Pozner, who according to official reports was killed in the December 14, 2012 Sandy Hook Elementary School massacre. The image in question appeared in the aftermath of the December 16, 2014 Peshawar Pakistan school massacre and was widely circulated via a BBC news report. 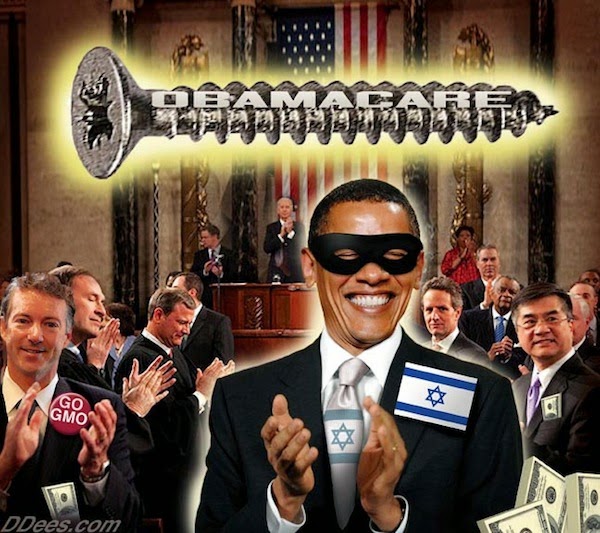 So this is how 'Obamacare' was forced down our throats!  -Ed.

U.S. intelligence agencies have “harvested” the personal and private data of “hundreds of federal officials and judges, including Chief Justice John Roberts and Justice Ruth Bader Ginsberg,” charges a legal brief filed by Larry Klayman, the attorney who has come to be known as “the NSA slayer” for his successful legal battles against the National Security Agency.

Klayman, founder of FreedomWatch, successfully sued the National Security Agency in 2013 over the collection of telephone metadata from Verizon customers that was detailed in documents released by intelligence-document leaker Edward Snowden. In December 2013, U.S. District Judge Richard Leon ruled the NSA program likely is unconstitutional and ordered the government to stop collecting data on the two plaintiffs. He stayed his injunction pending appeal, however, “in light of the significant national security interests at stake in this case and the novelty of the constitutional issues.”

Wednesday, Klayman filed a reply in support of motion to lift that stay, arguing that in the 16 months since it was imposed, “the federal government has continued its unconstitutional practices and violated the rights of hundreds of millions of Americans.”