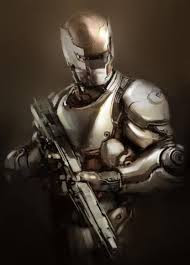 The reference here is a January 2013 report funded by the Greenwall Foundation titled: “Enhanced Warfighters: Risk, Ethics, and Policy.”

The report utilized military consultants, and reflects what the National Security State is promoting as “the wave of the future.”

Of course, this is a done deal. Enhancement is already an overall experiment.

Here is a key quote from the report: “…cognitive and physical enhancements aim to create a super-soldier from a biomedical direction, such as with drugs and bionics.”

This indicates pharmaceutical attempts to increase endurance, focus, and pain threshold, but also to alter states of mind: mood, emotional range (restricted), attitude (controlled, stepped up aggression). Whatever mad chemists can fantasize about—for instance, the boosting of leadership traits—they’ll try to induce it in the lab.

Bionics, of course, means the replacement of body parts with machines. This would function as repair, in the case of wounds, but robotic devices would be installed simply because they work better than flesh. In which case, we can look forward to replacement as a general strategy—without the prior need for wounds.

“Listen, soldier, if we give you a new eye, you’ll be able to spot an enemy combatant at five hundred yards…and this miniaturized transmitter can be joined to your brain so you can receive commands directly from headquarters.” With utter frankness, the Greenwall report continues: “For battle, we want our soft organic bodies to perform more like machines.”

This statement leaves no doubts about intentions. It also suggests that the number of bionic replacements per soldier isn’t limited. The goal is effective performance, come hell or high water, whatever it takes.

There’s more: “Somewhere in between robotics and biomedical research, we might arrive at the perfect future warfighter: one that is part machine and part human, striking a formidable balance between technology and our frailties.”

Why not call these soldiers human drones? Launched from command central, mission orders stored in their brains, operated remotely, their capabilities completely understood as elements of a program, the soldiers would fulfill the military meaning of war: complete victory as a function of underlying algorithms, regardless of the human cost.

This is the eternal wet dream of the war-makers.

It also happens to be the environment of video games. Therefore, volunteers should be plentiful.

“You’re only giving me one new arm and an enhanced ear? I was hoping for more. What about my brain? What can you do for me there?”

For those who still wonder whether the famed CIA MKULTRA mind control program of the 1950s continued after the announced cut-off date, your question is answered. Coerced brain and behavioral conditioning is at the core of creating the super-soldier.

Think about the money. The military can’t afford to risk trillions of dollars on pharmaceutical enhancement and body-part replacement, without also controlling the thoughts, responses, and actions of its high-priced personnel.

Technocrats are surely lining up, at the Pentagon, to provide this all-important MKULTRA element of warfare.

“Hi Mom. I’m home from the theater of operations. Don’t worry, I may look different with all these new enhancements, but I’m still your son. By the way, the girls love the new parts! And the Army spent $30 million on me! I’m very valuable! Oh…one little thing. If while we’re talking, I suddenly shut down or begin talking to someone who isn’t in the room, it’s okay. It’s business. What’s for supper?” 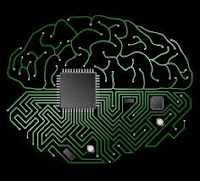 Finally, consider this. An all-out operation to transhumanize the military could not take place unless there is absolute dedication to fighting wars without end. You don’t re-build humans for a future of skirmishes or peace treaties.
Posted by Liss at 4:32 PM No comments:

NASA propaganda intended to teach young children that poisonous chemtrails are really just naturally occurring contrails.  Get them while they're young and they'll never know the truth.  -Ed. 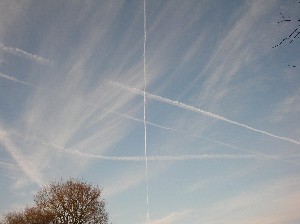 Purpose: Contrails are long clouds made by high-flying aircraft. Because kids are so good at watching clouds, they can be easily taught to identify contrails.

Time Required: Young children can observe and report on contrails in only a few minutes a day.

Background:  Because kids are natural sky watchers, they are curious about both clouds and contrails. It is likely that when contrails are present that young children will notice and pay more attention to them than adults. Here are some basic facts that will interest them:

1. Contrails are long clouds of ice crystals caused by the exhaust from the engines of high-flying aircraft.

2. Contrails can spread into cirrus clouds that reduce sunlight during the day and warm the Earth at night.

3. Contrails are formed when the temperature of the air is around -40 degrees Celsius (which equals -40 degrees Fahrenheit).

4. Contrails do not form when the air is too dry. The length of contrails provides a clue about how dry the sky is where the plane that caused the contrail is flying.

5. Clouds that shade the sun during the day can cause cool weather.

Significance:  Kids know that some clouds signal rain and other mean fair weather. They need to know that contrails are actually manmade clouds and that they can cause measurable changes in the temperature far below where they live and go to school.
...
MY NASA DATA Source:

1. Contrail Identification. Young students should learn the differences between natural clouds and contrails. They should learn the three most basic kinds of contrails: (1) short and transient, (2) long and persistent or (3) spreading. They can find out more about contrail identification by visiting the S’COOL Cloud Chart: Contrails and GLOBE Contrail Resources.

2. Contrail Calendar. Young students can easily add contrail observations to a daily cloud calendar. They might even consider a separate Contrail Calendar. The calendar can be a pocket notebook or a calendar with plenty of white space for each day. If a notebook is used, the student should print the day, month and year at the top of each page. For more ideas, see Science Project 1: Clouds for Kids. 3. Contests. Kids love contests. You can motivate young students to observe contrails by organizing a contest for the highest number of contrails that are observed in a given week or month.

4. Science Fairs. Young students who make a detailed Contrail Calendar for a month or more have the ingredients for a good science fair project.

Analysis Ideas:  Observe the temperature cooling that occurs when a contrail passes in front of the sun and shades the ground.
...
1. What makes contrails?

2. Are contrails formed of water droplets or ice crystals?

3. Why are some contrails very short?

4. Why do you think some contrails spread across the sky?

Students who have a digital camera can be encouraged to make photographs of contrails and to even make a digital scrapbook of contrail photos. Such photos are ideal for science fair projects.
Posted by Liss at 12:52 PM No comments:

Email ThisBlogThis!Share to TwitterShare to FacebookShare to Pinterest
Labels: Chemtrails, dumbing down, Propaganda 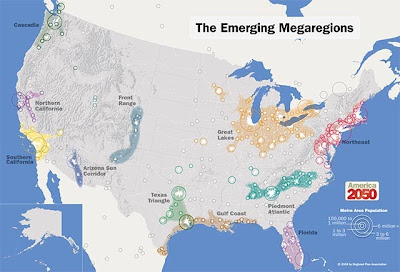 Stanley Kurtz at National Review Online writes about San Francisco's new Plan Bay Area--a "regional" plan for San Francisco and the surrounding cities that is ostensibly aimed at making sure minorities can afford the local housing market, but which is actually aimed at forcing Americans to live in denser urban areas as part of state and federal initiatives aimed at slowing global warming by restraining suburban growth.

The background to Plan Bay Area, which is, Kurtz writes, essentially being imposed on local residents with help from the Obama administration, is an activist agenda from the 1990s aimed at redistributing the wealth of the suburbs into failing, Democrat-run cities. One of Barack Obama's community organizing mentors, Mike Kruglik, is involved in the effort, and Obama was once involved (together with Bill Ayers) in funding it.

Joel Kotkin has written about California's new planning regime before, accusing Democrats of waging "a hypocritical jihad against basic middle-class aspirations." But in the counter-cultural critique of Pete Seeger and Joan Baez, on which today's California leaders were nurtured, suburbs are little more than "ticky-tacky" vehicles of oppressive conformity and waste, those middle-class aspirations are precisely the problem.

That is the perspective Obama adopted early in his political journey, and it is reflected in the left's efforts to blame the failure of cities like Detroit on conservative policies. The left now wishes to export its failures: "The Obama administration is using traditional anti-discrimination language as a cover for a re-engineering the way we live. The real goal is to Manhattanize America, and force us out of our cars," Kurtz warns.
Posted by Liss at 11:30 AM No comments:

Email ThisBlogThis!Share to TwitterShare to FacebookShare to Pinterest
Labels: destruction of the middle class, domestic reengineering, fascism, pushing them into the cities

Obama Admin Plans To 'Force' Americans To Move Into Cities