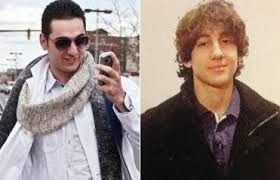 Lawyers for Dzhokhar Tsarnaev, the surviving suspect in the Boston Marathon bombings, say contact with the FBI may have been a 'precipitating event' to the bombings last April. hree days after an FBI agent was cleared of wrongdoing in the bizarre killing of an associate of slain Boston bombing suspect Tamerlan Tsarnaev, lawyers for Dzhokhar Tsarnaev, the only surviving bombing suspect, alleged that the FBI attempted to recruit the elder Tsarnaev as an informant.

In court filings on Friday, Dzhokhar Tsarnaev’s defense team said that new information suggests the FBI interviewed Tamerlan on several occasions before the attack, and even pressured him to surreptitiously report on the Chechen underworld. Lawyers are seeking more information from the agency in order to formulate a death penalty defense that points to Tamerlan as the ideological ringleader of the attack.

“We do not suggest that these contacts are to be blamed and have no evidence to suggest that they were improper, but rather view them as an important part of the story of Tamerlan’s decline,” defense attorney David Bruck wrote. “Since Tamerlan is dead, the government is the source of corroboration that these visits did in fact occur and of what was said during them.”

Mr. Bruck suggested that Tamerlan Tsarnaev could have misread the agency’s intentions, which may have “increased his paranoia and distress.”

Dzhokhar, who is now 20, was injured and captured and his brother killed following a four-day manhunt after the twin explosions near the finish line of the Boston Marathon almost a year ago. He has pleaded not guilty to a 30-count indictment for his alleged role in an event that killed three people and injured more than 260. Prosecutors will seek the death penalty if he is convicted at a trial now set for November.

Given those stakes, defense attorneys say they want any evidence the FBI has that could show the elder Tsarnaev “supplied the motivation, planning and ideology” behind the attack, and that his younger brother “acted under his domination and control.”

The evidence, he argued, will be used “as building blocks of the defendant’s affirmative case for life.”

The FBI has not yet responded to the request.

Meanwhile, the Bureau has continued to emphatically state that it didn’t know the identities of the two suspected bombers until they were fingerprinted, and have denied any involvement with the brothers aside from following up on a tip from a Russian emissary that the elder Tsarnaev may have been seeking jihad.

“To be absolutely clear: No one was surveilling the Tsarnaevs, and they were not identified until after the shootout,” the FBI said in an Oct. 23 press release, following news reports suggesting agents had actually kept close tabs on the brothers. “Any claims to the contrary are false.”

But such denials, critics say, are complicated by the agency’s famously insular and secretive culture. The New York Times reported last year, for example, that out of 150 cases where suspects have been killed or injured by FBI agents since 1993, no agent has ever been charged with wrongdoing. Such statistics “raise red flags” about the Bureau’s integrity, says David Rudovsky at the University of Philadelphia Law School, coauthor of “Police Misconduct: Law and Litigation.”

In the case of Ibragim Todashev, who allegedly took part with Tamerlan in a robbery turned triple-homicide in Waltham, in 2011, family members have also stated that FBI pressure may have pushed the 20-something ethnic Chechen and mixed martial arts fighter to the brink of violence.

According to a Florida state prosecutor’s report that cleared an FBI agent of wrongdoing, Mr. Todashev was killed by the agent after a five hour interview in a hot Orlando apartment, and after Todashev attacked the agent and a police officer with a “pole of some kind.”

It’s not clear whether Todashev was in official FBI custody at the time of his death, but he had begun to write a confession to his role in the triple homicide and was not handcuffed. The report on the shooting, however, suggests that Todashev became agitated as it became clear that he may be facing arrest and prison time. The report also said Todashev had a chance to flee the apartment, but instead chose to fight.

Todashev’s father, meanwhile, says he believes the FBI tortured and killed his son in order to cover up the agency’s involvement. Todashev’s friends have told reports that FBI agents hounded Todashev constantly after the marathon bombing.

Since the terrorist attacks of 9/11, the Bureau has stepped up surveillance of specific racial, ethnic and religious communities, including the use of informants. The tactics have led to dozens of foiled attacks, but has also left the Bureau open to charges of entrapment, not to mention assorted Internet conspiracy theories.

Part of those post-9/11 tactics are the use of “voluntary interviews … often encouraging interviewees to serve as informants in their communities,” writes the American Civil Liberties Union.

In a report last week, the House Committee on Homeland Security suggested that missed leads and failures to connect dots may have kept agents from foiling the marathon attack. But Congress did not assign any specific blame or fault to any of the country’s intelligence agencies, including the FBI, for failure to stop the bombings.
Posted by Liss at 11:55 AM No comments: 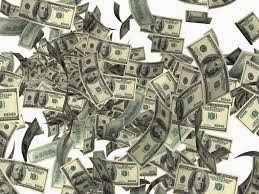 This article is the fourth in a series examining the reported donations that have been made to Newtown/Sandy Hook charities in the wake of the events of 12/14/12.

Now that the dust has settled a bit, it’s time to take another look at the donation totals for Sandy Hook. There are several articles that have been published over the past 15 months with varying degrees of relevance. Some of them gleaned information from CT Attorney General George Jepson’s survey, but at the time of publication, not all respondents had filed their reports. This includes my previous article, Follow the Money Part 3. At the time of that writing, it was impossible to arrive at an accurate total of the charities’ collections.

Since that time, there have been Federal grants made to Newtown, and one very large grant from the state of Connecticut, but we’ll get to that shortly. I would first like to cover the CT Attorney General survey, although out of date at this point, it seems a good place to begin.

By clicking through each report, the totals of money raised by spring of last year can be found. Of the 62 unique charities reporting, the whole dollar sum of all donations amounts to

As I mentioned, this total is inaccurate. It is less than what has actually been raised. How much less we can estimate based on later reporting.

Also mentioned in the NBC article was the Sandy Hook-Newtown Community Foundation as having raised “over 12 million”. That is one million+ more than reported originally. Let’s add again:

Newtown Youth and Family Services originally reported 1 million raised, but by the end of the year they claimed 1.2 million.

The NBC reporter included a few smaller charities that I did not find listed on the Jepson and Friends survey. I am attempting to get at the most accurate, conservative total. The 27 million claimed by NBC may well be close to the truth.

What the article in question did not cover were the Federal and State grants awarded to Newtown in the interim. Let’s take a look at those, shall we?

The Department of Education provided two School Emergency Response to Violence, or SERV grants of 1.3 million in May of 2013, and 1.9 million in January of this year.

“We will do whatever we can to continue assisting and supporting the healing and recovery of Newtown,” U.S. Secretary of Education Arne Duncan said. “This additional grant will help students, teachers, families, school district and community move forward after such an unimaginable tragedy.”

The State of Connecticut pledged to award Newtown an additional 50 million dollars to demolish Sandy Hook School, and build a new and improved one on the very same site.

The full uncensored footage of police killing 38-year-old homeless man James Boyd for camping is even more shocking than the edited version being shown by the media.
Posted by Liss at 8:26 PM No comments:


Russ Baker questions the alleged car-jacking that took place during the Tsarnaev manhunt following the Boston Marathon - there are many discrepancies regarding "Danny" (the guy who was allegedly car-jacked) including how he escaped. It appears he was never held hostage at all.  Notice the desperate apologist who is interviewing Russ Baker.  "There are too many anomalies here," Baker says. "It's important for us to be skeptical of official accounts."
Posted by Liss at 1:35 PM No comments: